prepare for the worst and hope for the best.

I realize that it’s already too late to send this message, but I hope that I can get things straight.

Ardian Syaf was not a radical or extremist muslim, his subliminal messages in Marvel comic were not about hatred, to the contrary it was actually about love and peace.

The first person who reported the artist with false accusation, he said that the subliminal messages contain bigotry and hatred.

If you ask to yourself when see that subliminal messages ; does it really about anti-jews and hatred ?

Most of muslims in Jakarta don’t want to choose the non-muslim leader (Ahok) as governor, so Ahok tried to persuade the muslims by saying that we should choose him because the Holy Quran had lied to us.

His statement caused uproar in our society, and then millions of muslims gathered together in peace rallies, the first is called “411” (4th november 2017) and the second one is “212” (2nd december 2017)

and that was the number that Ardian Syaf put in the Marvel comic.

The peace rallies were the same like rallies in US, we have the same message : we want to have a trustworthy leader who has ethical virtues and respect for differences in society

And also I’d like to remind everyone that Islam has beautiful messages of peace and love, we want to live together with our fellows non-muslims in harmony, we want to be close with them, just like best friends, and we want to protect them if something bad happen to them,

Quran said that God had told us to dealing with non-muslims with kind and just, because God loves who act justly.

And our beloved Prophet said that the Christians are generous companions, so he wanted us to treat them with generosity

once our beloved Prophet stood up with respect when a funeral of a Jew went by, and how come they accused us never want to pray to the funeral of our brothers and sisters in faith ?

To conclude, I really don’t know Ardian Syaf, I never meet him in person, but what this accusation of Ardian Syaf has taken it toll on both sides, and I have to call a spade a spade that we are not the radical and extremist people…..

we are the humble people who love peace and we want to do just and act kindly to all of humanity.

“I have a friend who died after a tummy-tuck ! “ whispered my 50 year old BF

It was raining during our trip to bandung about four years ago, but until now I still could recall how I was surprised by that story , here in Indonesia, it was not a common thing to hear someone died of a plastic surgery malpractice.

“Why did she do that ? She was the same age like me, but all that she ever wanted is to have a look of thirty years old woman.” said my friend

Time passed by, nowadays having a plastic surgery is not considered like having a surgery…perhaps it’s just like having a beauty treatment in a salon but with some complicated procedures.

Nevertheless, plastic surgery has risks that could threaten our life. Injecting silicon to your breast, lips and nose, sucking fat from your belly or ass, undoubtedly no surgery is risk free….but after plastic surgery has become a common thing, people tend to forget about it.

“As long as it looks good, I don’t care whether it’s real or not !” many people said that. Yeah

Everyday we see the beauty of plastic surgery’s results on tv, magazines and internet…from local celebs, K-pop stars to Hollywood supermodels…and so it no surprise when we’ve heard that nose jobs, tummy-tuck or breast augmentation are the necessities in some people’s life…it is so DAMN very-very important that even banks give loans to people who can’t afford a plastic surgery treatment.

Yesterday I read a woman, somewhere in UK, she had her breast implant leaking, but she couldn’t afford another surgery to remove the leaking implant since the last surgery was paid by loan from a bank….so she paid her plastic surgery by taking loan from bank, surely she couldn’t afford it but because it was a necessity for her, therefore she must had it even if she didn’t have enough money to pay it.

These few months I felt no desire to read women’s magazines again, every picture was fully photoshoped and unreal. Real women, even if they’re twenty-something, have eye wrinkles, smile lines, cellulite, and so on and so on….but in those magazines all we can see is only picture perfect, no flaw allowed.

Fortunately some of down-to-earth senior female celebs had made a stance against getting a nip/tuck ; Kate Winslet, Rachel Weisz, Susan Sarandon, Sigourney Weaver, Meryl Streep are some of celebs who had claimed would never have botox, silicon injection or fat-sucking procedures. I believe we should see these brave women’s pictures everyday in every women magazines with a lot of wrinkles in their eyes and cellulite in their belly

“Too perfect is not sexy” – Kate Winslet 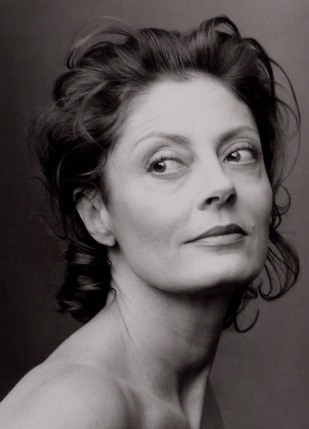 About two weeks ago I met again with my dearest middle age friend, she has no fair skin and wear only light make-up, but with her big smile and warm bright eyes, I felt comfortable with her, and she was even busier than me, went from one place to another places…. apparently being and old lady never stop her doing anything she love.

So I guess in the end…. Inner Beauty is the Winner 😀